Links, clips and other items gathered from around the web

The Most Popular Ted Talks of 2011

2011 was a busy year, so I wasn’t able to keep up to speed with all of the Ted Talks as they were released. Today I decided to look back at the most watched TED Talks uploaded in 2011, as a quick way to catch up on the best. Although I know the most popular doesn’t always mean the best quality, it felt like a good enough proxy for me!

4.Marco Tempest: The magic of truth and lies (and iPods)

She recently released this poem as a hardback book too.

The IBM Social Media channel on YouTube has been posted several videos to promote aSmarterPlanet.com, all with the common theme of using data, computing and analytics to make our world run smarter. It’s nerd-tastic!

Once you look past the unnecessary (and unfunny) humour that they include in these videos, this really is a nice little series. They’re well made and very educational videos.

Here are the videos they’ve uploaded so far, I’d definitely recommend checking them out:

I’m a big fan of the VlogBrothers, two brothers who make daily youtube videos addressed to each other (but also to a wider audience). In today’s video one of the brothers, Hank, attempts to give the other brother – and the rest of the viewers – a quick overview of “Ecosystem Services“. To quote Hank directly:

Those things, in ecological lingo, are “ecosystem services” and you can actually put price tags on them.”

It’s an interesting video and a great introduction to an area of economics that I had never really considered before:

Youtube annotations allow video creators to add clickable links to certain parts of their videos. This was originally designed to create simple transitions from one video to another, but as with all technologies the best results have come from putting it to previously unimagined uses.

Here are four of the best examples of how it’s done, and one cautionary tale.

To promote the new season of the TV Show Dexter, the US network Showtime created a mini-game called ‘Where’s Dexter’ – a video version of ‘Where’s Wally’. The game has several levels, with the prize being a viewing of the trailer for the season.

And just to balance things out, here’s a video I consider to be a bad use of video annotations. Links that let you control the camera angles of the video. There’s nothing wrong with it in principle, it just seems as if they made use of the technology simply because they could, not because it would lead to great content.

My favourite examples of great thinking from the past month

1. Gerard O’Neil writes an article in The Times on the legalisation of drugs, and it’s many advantages.

3. Clay Shirky’s apology to Amazon takes a fascinating look at the interplay and conflict between reason and emotion.

My favourite examples of great thinking from the past month

1. While other teachers have taken to banning laptops in class because they are a distraction, one teacher has taken a more novel approach. 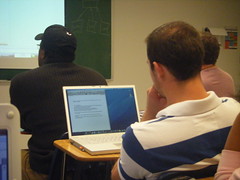 2. An insightful article by Gerard O’Neil: Debt is a Fact, Wealth is an Opinion.

I found this video today (via MJ). It’s one of the nicest short films I’ve seen in a long time, and is well worth the 12mins of your time. (click if you can’t view the video below).

One of my first thoughts for the video was “this should be an ad for Twitter”. Is it wrong that my first thought about such a lovely short film was business related? Probably. But I still think it was an important one.

In the marketing world, as the transition is being made from TV ads to online videos, the trend has been to make snappier, shorter, “more viral” videos. While this has worked well in many instances, I don’t think it’s the only way that online video can be best used.

If you have a product as good as Twitter, something that is unique and enriches peoples lives, then I see no reason why you couldn’t use an artistic short film similar to the one above to convey the value your service can bring to people.

There’s a lot of talented filmmakers and film school students out there thirsty for projects to work on (and for budgets!) and it would probably work out much cheaper than a TV campaign. It’s just a thought.

Comforting odds (for my flight tomorrow): Over 95% of passengers involved in a plane crash survive. Here’s some tips on how to survive a plane crash.

A simple explanation of the current financial turmoil. “The crisis of credit”

One of the best Seth Godin posts in a long time.

What A Brilliant Idea 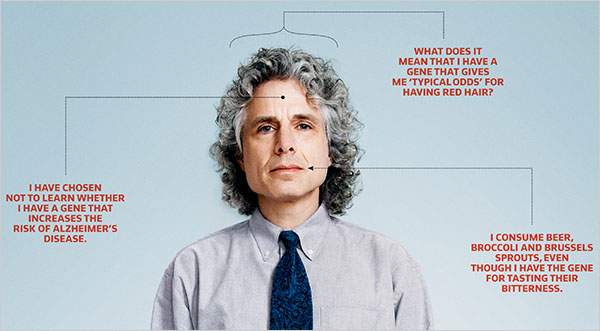