Newsletter #2 – Are House Prices About to Fall?

When you apply for a mortgage, the bank needs to decide how much they might lend you. To do this, they’ll look at your income and decide what size of a loan repayment you could afford each month. These payments will be a combination of the house price (divided into monthly payments over 30 odd years) and the bank’s interest.

This pretty much dictates the price of the house you can afford, with only three ways to increase that number:

That’s a €41k lower mortgage for you if the interest rate increases by one percentage point.

When you start bidding on a house, the upper limit the bank is willing to lend you feels like the most important factor at play, but equally as important is the upper limit faced by the people bidding against you!

This is why the lending restrictions (of 3.5 times your annual salary) are of benefit to every new buyer. If a bank let you borrow 5 times your salary, they’d also do the same for the people bidding against you. The houses wouldn’t get any better, but we’d all end up paying more for them.

The same logic is true for interest rates. If the central bank raises interest rates, and the banks pass that on, then everybody’s upper limit comes down. (Or at least everyone using a mortgage to buy).

This is why people are predicting that house Prices might fall – or at least stop rising so fast – if the ECB raises interest rates. Christine Lagarde has said they’ll raise their rates half a percentage point by September. If Irish banks pass that on (and it’s possible they wouldn’t), it will be half as drastic as my example above.

House prices need to stabilise, and 85% of Irish people want them to fall, but interest rate raises are the least fun way to do that. On paper they fall, but your mortgage payments are still the same (or higher) due to the higher interest payments.

Housing Poll | I mentioned above that 85% of Irish People wanted house prices to fall, but the same amount also want first time buyers to be able to borrow more than 3.5 times their salary, which would of course just raise house prices. All this according to a RedC Poll in the Sunday Business Post.

Dublin Airport | Last week we talked about the car rental market and the crazy inflation it’s seeing. They made a very knee-jerk decision to sell off half their fleet in the early stages of the pandemic, things are rebounding faster than expected and they are unable to rapidly undo their mistake. I think this is pretty much the same story with Dublin Airport. They made 248 staff redundant at the start of lockdown and are now struggling to re-hire 300. In car rentals, which is a price-based market, the limited supply went to the highest bidder – a.k.a price inflation. The service of getting your bags x-rayed for a flight isn’t a price-based-market, so provision is on a first-come-first serve basis. Inflation here manifests as queues, which is a good way to think about what might happen if we try to tackle inflation in other areas with price controls.

Inflation | The CSO released their latest inflation figures, broken down by household type. While inflation was 6.1% for higher income households, it was 7.6% for lower income houses. The gap seems mostly driven by fuel and heating (which is a bigger percentage of your spending if you’re poorer) and rents. Coupled

Capitalism isn’t very good at restraining resource usage. It drives great efficiency in the amount we can squeeze from a natural resource, but that usually results in us using more, not less. So it’s great to see that, after millenia of expansion, we seem to have gone past the peak of using land for agriculture. 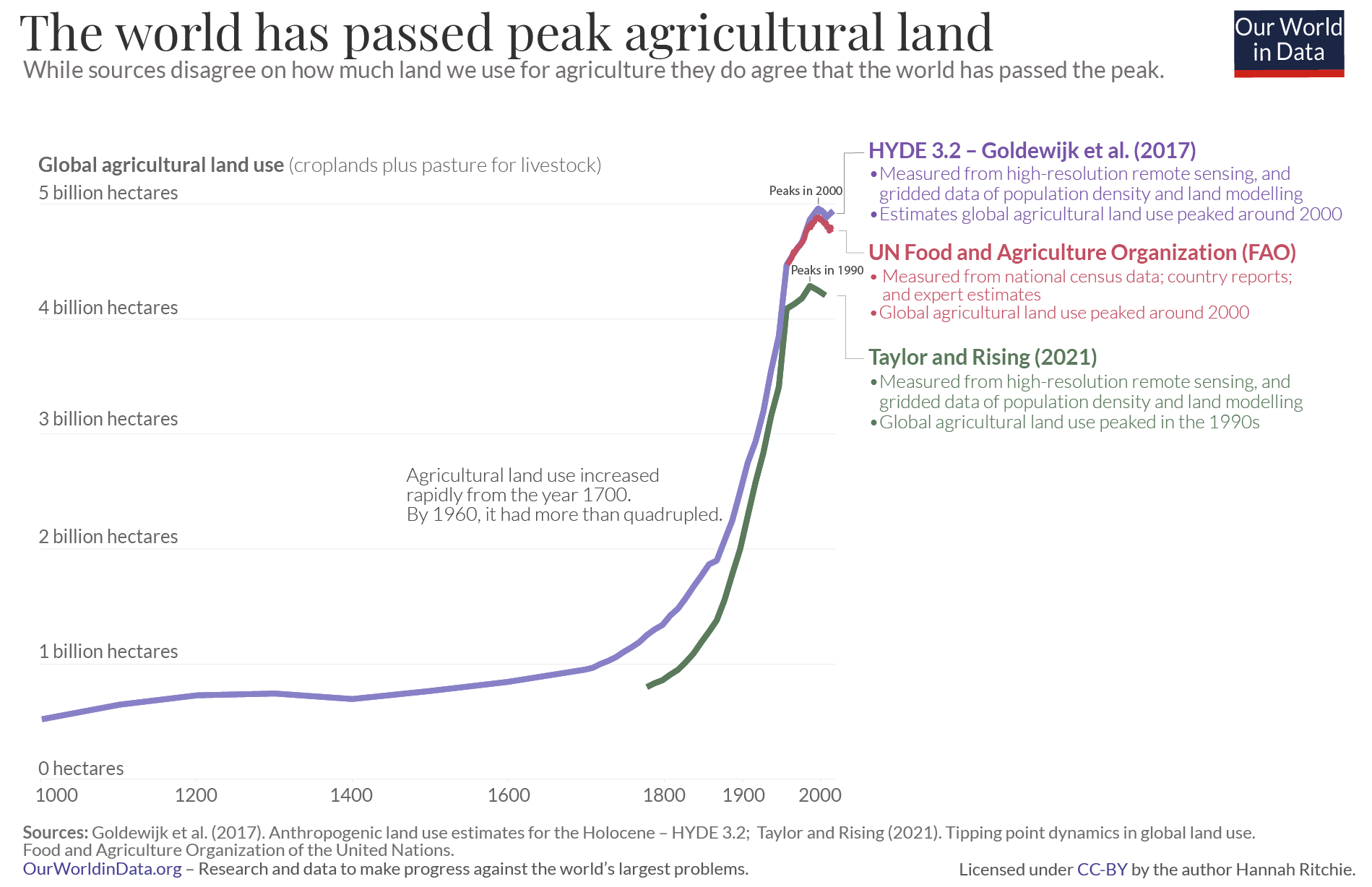