How Laptops Could Soon Be Free 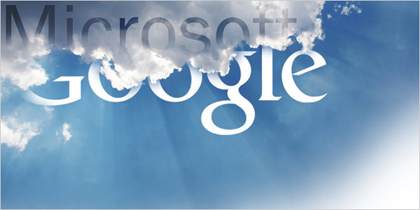 Like many people out there I’ve been pretty interested in finding out more about Microsoft’s Cloud Computing Operating System that they announced this week – Microsoft Azure. I won’t go into too much detail on what it is here, firstly because it was only the inspiration for this post not it’s subject, and secondly because there’s much better analysis elsewhere (here and  here).
What I want to talk about here is a potential business model for Personal Cloud Computing, how it could earn the big players great revenue streams, could create a thriving ecosystem for smaller companies, and most importantly give the rest of us consumers free (or at least cheaper) laptops!
Cloud Computing – an overview
Google Apps is a great example of cloud computing. When we refer to something being in “the cloud”, what we really mean is stored on the internet. Traditionally, if I wanted to write a novel, a script, an essay for college or a letter, I might start by opening Microsoft Word. I would type a few paragraphs and then save it to my My Documents. This is the old paradigm, where information is kept locally. It has it’s advantages, that as long as I have my laptop I have my data. But it has it’s disadvantages – if I lose my laptop, bye bye essay!
This is where cloud computing comes in. If  I log onto www.google.com/docs I am presented with an internet based word processor. I can write documents in my browser just like in word. I can save just like my regular documents. The only difference here is that this time the essay is stored in Google docs and not on my laptop. As you can imagine, this has many cons and pros. The upside being that I can access it from any machine, I don’t lose it if I play frisbee with my laptop, it doesn’t take up space on my hard disk etc.
Physically, this document is stored on a Google server somewhere in the world, maybe in California, the UK, Germany or god know’s where, and that’s the point – it’s not saved on my machine… it’s in the cloud.
Powering the cloud
So that was an example of an application on the cloud. If it sounds familiar, that’s because it is! The idea has been around for a while. E-mail used to be something that was in our Lotus Notes, Microsoft Outlook or Eudora, and then hotmail came along and gave us email on the web. Apple’s Mobile Me lets us store contacts on calendars in the cloud and access them on multiple devices. Facebook lets us store our contacts, our pictures and our conversation in the cloud. Salesforce let’s businesses conduct their CRM activities in the cloud.
Note: Generally what is called a program on a computer, is called an application on the internet.
Recently Amazon, Google and others have taken this one layer deeper. Instead of offering cloud based applications to end users, they have launched services offering application providers the scalability of the cloud. So if I develop a small photo editing application (for example) that I want to provide to customers, instead of investing in my own servers to host it, I can use the Google Apps Engine or Amazon S3. This pooling of resources let’s Google and Amazon build huge server farms and rent out space to small players like me for much cheaper than it would cost to host the application myself. As my photo editing application gets more popular and needs more server bandwidth and storage space I can just scale up my Apps or S3 account – a big increase in usage for my little application will be a drop in the ocean for Google’s servers.
The IBM mainframe and terminal

This was the way business computing started out. All data would be stored on a huge supercomputer in the basement, and each worker would have a simple, cheap, minimal computer (terminal). These still exist in banks, EPOS stock checking terminals in supermarkets etc. By pooling all the storage needs of 1,000 staff into one big computer, it is much more efficient than buying 1,000 fully equipped PCs. This is still the way my office is set up to a degree. However, this is only generally practical in large organisations – because you need a signifigant amount of staff to justify having a large central server. This also only worked in the enterprise space because the terminals and the server were in the same building connected by a cable, or in the example of the ATM network, each ATM terminal is connected by dedicated line to the Bank’s mainframe server with all the customer’s data. With the rollout of broadband and the increases in speed in recent years this is no longer a limiting factor, the end user and the server can be miles and miles apart, and so cloud computing is beginning to fourish.
And Now For The Consumer
This is working for businesses. When I am at home, I power up my mac and I log into it. When I am in work, I power up my laptop and log into the network. My documents are all stored on a server (in Germany somewhere I believe).
However, in the consumer space, unlike enterprise, this model has only gone as far as cloud applications taking the place of local programs (Google docs vs MS Word) and has yet to extend to the terminal-mainframe/client-server model that exists in the enterprise sector.

This now brings me back to Windows Azure, which Steve Ballmer referred to as a Cloud Based Operating System. What Azure actually is, appears to be a lot like Google Apps Engine and Amazon S3. But that’s not important, what is important is what I assumed Azure was going to be! I jumped to the conclusion that this would be a consumer-facing, subscription based, Personal Computer on the cloud. I think this concept, combined with two others, could be the next revolutionary leap in personal computing. This is the software, and the two other pieces of the puzzle are the hardware (the netbook) and the business model (the mobile phone industry).
The Netbook 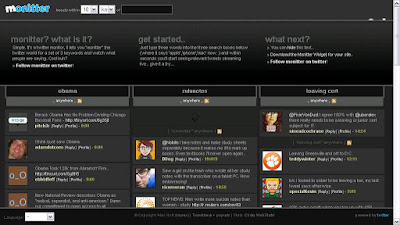