Peter’s Newsletter 14 – What is QAnon? 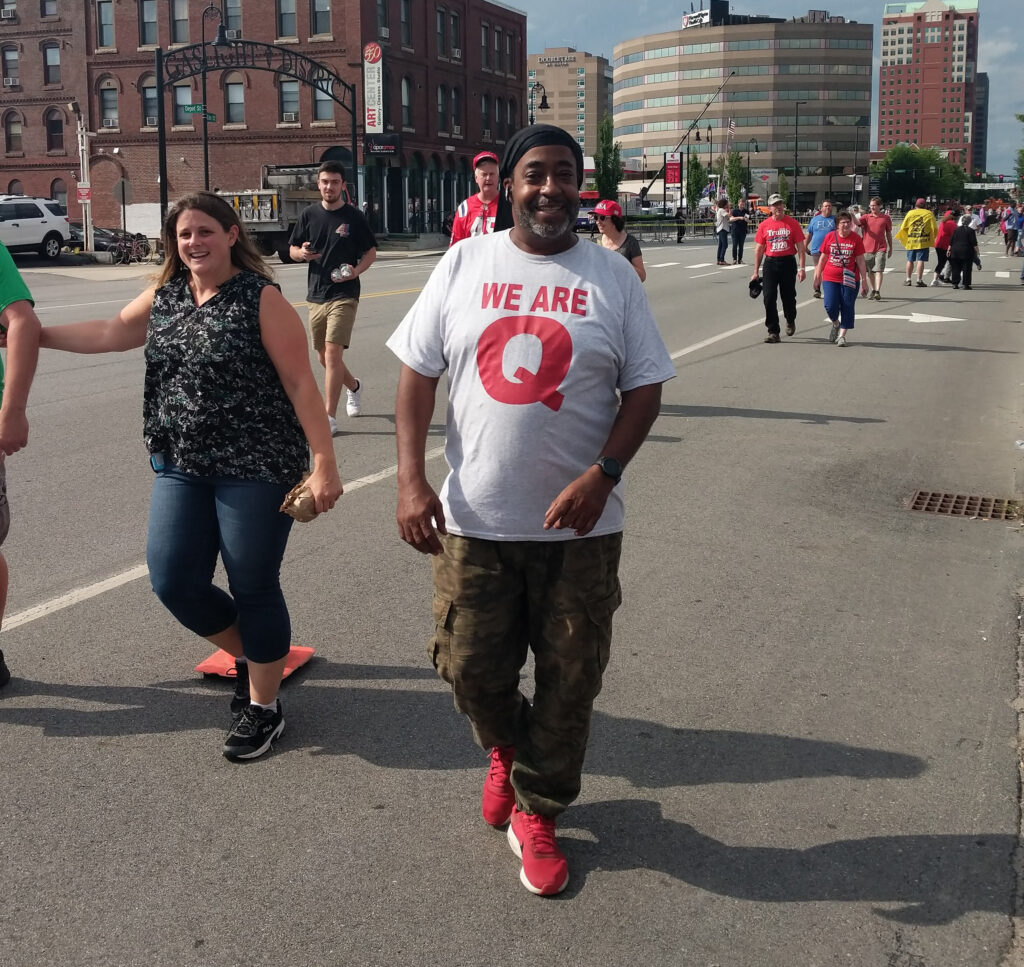 How seriously should we take QAnon?

Every now and again a new conspiracy theory becomes popular. New world order, flat – earthers, fake moon landing (even fake moon!). Many are interesting and bizarre, but some can also be quite dangerous. The false linking of autism to vaccines, for example, is a very serious national health risk.

So it’s always hard to know how to categorise new conspiracies that emerge. Most are peculiar, but not worth spending much time getting to know, but the dangerous ones are worth studying, especially if you are interested in preventing their spread.

The “QAnon” movement definitely falls into the dangerous category, but it’s very US-centric, so I’m still unsure what hold it has in Ireland. Small but growing, it seems.

What is QAnon? Since 2018 a person or people calling themselves “Q” has been making a series of posts, some containing vaguely worded statements, which conspiracy theorists interpret as predictions. Like a fan looking for meaning in song lyrics, they usually find ways to back-fill “predictions” into real world events, deeming Q to have successfully predicted them.

The rhythm of these predictions (or drops) and the frenzy that follows makes seems to build incredibly strong community between the conspiracy theorists who follow Q. This has seen it grow incredibly fast, with an estimated 1.2m people in one or more QAnon related Facebook groups as of July 2020. It also does what many other conspiracies do – isolates followers from their friends and family in real life. Reddit’s QanonCasualties has some harrowing stories from people who’s loved ones have become obsessed with QAnon.

What do they believe? Well that’s the other interesting thing about QAnon – because it’s directed by a single person/group, it shifts focus every so often and kind of acts as a catch-all of major conspiracies. 5G is mind control. Bill Gates made Covid. You name it, they got it. I’d imagine for followers this keeps the movement compelling and interesting, but also adds up to quite a bleak view of the wider world that you inhabit.

They had two major inflection points recently which significantly drove growth. Most recently Covid and lockdown, but before that, Epstein. To be fair to them, they believed the world is run by a paedofile ring of politicians and billionaires… and they weren’t exactly proven wrong.

So how worried should we be? Globally, quite. The FBI has deemed them a domestic terror threat and they have been behind a huge amount of the anti-mask movement. A Q follower is now a Republican congressional candidate in Georgia and yesterday Trump praised Q followers.

But in Ireland, I think it’s worth just being alert for now. Much of the Q narrative is around Donald Trump and how he is the great saviour, which I just don’t think translates too well here. So we seem relatively safe for now, but it’s worth understanding and keeping an eye on. The very nature of the social internet seems to be leading inevitably towards more dangerous and virulent conspiracy movements emerging.

If you want to read further, The New York Times have a good primer. Aoife Gallagher of the Institute for Strategic Dialogue talked to the Beacon this week about QAnon in Ireland (summary: small but growing). Or if you want to deep-dive, check out Gallagher’s report on “The Genesis of a Conspiracy Theory.”

Or if you’d prefer to listen…. Reply All looked at one QAnon conspiracy in July. The New York Times also did a 9 part series called Rabbithole, which is fantastic.

Plandemic was a 26 minute long video posted in May, which pushed several conspiracy theories about Covid and how it was intentionally released by some billionaires. Shared widely by QAnon followers it got several million views across YouTube, Facebook and elsewhere before the platforms stepped in to take it down. The sequel was released this week, but the platforms took more decisive action this time around, blocking it out right from the get go. Read more.

On the flip side of the content filtering debate, Instagram came under criticism from activists this week for removing photos of model Nyome Nicholas – Williams (@curvynyome). The photos seemed to trigger Instagram’s nudity filter, even though they’re very similar to many semi-nude (if that’s the right terminology) photos that haven’t been removed. Nyome and the photographer pointed to the fact that her photos, being of a larger, black woman, being removed while others (of skinny, non-black women) remaining on the site pointed to inherent bias in Instagram – either their AI or policies or both. It seems Instagram listened and have since updated their policies. Read more.

To further exemplify the tight-rope platforms are trying to walk between blocking too much and blocking not enough, Slate recently reported on Google blocking advertising from their articles about racism, incorrectly flagging them as racist. No technology will ever get this balance perfect, so the question we need to ask is which side we should err on? Pulling ads/support from anti-racist content, or allowing ads/support on racist content?

Add this to the growing body of evidence that fact-checking fake news doesn’t work very well. A team in UCD tested some fake news messages on people (e.g. that the COVID tracking app was made by Cambridge Analytica) and it always made people less confident about downloading, even if the story was accompanied by fake news warnings. Link.

Earthquake alerts. Google are planning to enable all android devices to work together to detect synchronous shaking in a specific area, use that to understand that an earthquake is happening, then send early warning alerts to people nearby, hopefully giving them a few seconds to get prepared. Link.

A good exit interview with the CEO of the New York Times. Interesting to see their strong focus on paid subscriber growth and building an agile digital team to deliver that. Link.

I’ll also include two excellent pieces of writing about tech platforms here which I came across this week.

Eugene Wei’s “Tik Tok and the sorting hat” is a brilliant analysis of the algorithms behind TikTok’s incredible growth in the last 12 months.