One of the most popular posts we wrote for the SparkPage blog was a profile of 5 big social networks that started life as a tool.

It’s a long read, but worth checking out. I thought it would be useful here to summarise the key business insights that entrepreneurs can take from those case studies and apply them to their startup.

Instagram, Spotify and Imgur were three of the companies we profiled. They all have massive communities and social networks now, but very few of them started with any “social networking” functionality.

Instagram was mostly a tool for adding cool filters to make your amateur photos look professional. 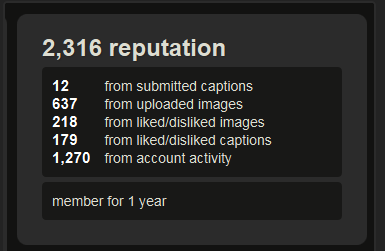 Imgur had no comments, no upvotes, no profiles. But when the founder launched he said that it had “neat things like crop, resize, rotate, and compression from 10–100″

What they did first was offer a tool with a clear value proposition in “single player mode”.

Spotify offered any song in the world at your fingertips and that value was the same whether you were the 1st or the 100th of your friends to sign up.

But there’s obviously huge advantage in having social elements in your app. What’s the point in taking an awesome food selfie if my friends can’t see it! (“food selfie” is a thing, right?)

There’s an obvious advantage to leveraging massive social networks, which is the reach they give you. But there’s a less obvious benefit you get in the focus it allows you:

That’s why you often see so many “social networks for plumbers” type businesses fail, because there’s no underlying social network (whether digital or physical) for them to piggyback on.

Come For The Tool, Stay For The Network

This strategy isn’t just good to get you started, the tool is actually a lasting value proposition for most of these companies.

Photo sharing as a concept is relatively uninteresting as a sell. But processors are so fast now that we can do really cool things to your photos with the tap of a button. We can take that beautiful 5MP camera and turn it into a panoramic camera or a lofi 1980’s Polaroid.

Spotify say that social features like collaborative playlists and following friends are the features that deepen a user’s relationship with the app, but they still use the “tool” as the compelling proposition for new users.

The ability to stream unlimited music is always the thin end of the wedge.

Spotify acquires with a tool, upsells with a network

Hopefully that’s some good food for thought for those of you trying to build the next massive social platform: